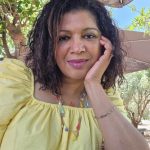 I learnt about how to resolve my shame about divorce, I now know that I am not a failure but that my marriage failed. Not to take things personally has saved my life after divorce.

Resolving shame means getting rid of it. Not pointing fingers. Not laying blame on myself or anyone else.

It took a while for me to realise that I was ashamed of being divorced. My family was too. No one at home mentioned it. No one asked me how I felt about it. When I was a girl child sitting in the women’s circle and listening to the women talking, divorced women were always discussed. It wasn’t so much about what they said but rather the bad taste and pity in how they said it. I eventually got to understand that my shame came from the culture, my upbringing and their beliefs that became my beliefs.

Mum used to tell me about how men tried to court her, thinking that as a divorcee she was more likely to ‘give it up’ after a couple of dates. Mum had to move back in with her parents after her divorce so that she was kept respectable. At the time, mum was already a Registered midwife a salary. Yet, she finally applied for a nursing scholarship as a mental health nurse in the UK to escape.

I didn’t really get what she was saying then. And I thought that living in the UK, if I were to ever get married let alone divorced, things would be different for me. Because the culture is better and more open. More forgiving. But I was wrong because I allowed all the other stories to become my beliefs. Somehow, their shame became my shame. I allowed other people’s judgements about divorce to permeate me. The shame was present because of the code of silence around it in my family. To this day!

It also turned out the culture, beliefs and judgements about divorce were the same in most countries.

With support I learned to let go of this shame and accept that I had nothing to be ashamed of. When the voice of shame crept in, I learnt to hush-it-up! There are many techniques to use to keep the voices in your head quiet and I used talk-back which worked for me.

No one likes to admit failure. My marriage failed. I failed my high school Maths exam five times (gave up after that) but I talk about it and laugh about it because I know it was never my thing.

Yet, failing at a marriage, irrespective of the grounds for divorce, is a bitter pill to swallow. My attitude to failure played a key role in healing. It was easier to blame someone for the failure than look within. I needed to look at what triggered this unhealthy relationship to failure and the truth was that I am the eldest. I was expected to set the examples. In fact, I never told anyone during that time that I failed Maths because I was too ashamed – I said I wanted to get the highest grade… Now I admit to it and laugh knowing that it does not define me.

The marriage failed, not me.

Because divorce is personal. Divorce is very personal. Facing it, dealing with it, accepting it, fighting through it, life beyond it is all a roller-coaster of emotions that causes chaos to our systems.

I failed at my marriage. I was ashamed. I’d have to look at people in the eye and tell them that and they have judgements. How could I not have taken it personally? And I did…

The thing is that my sense of personal importance got in the way. It was “all about me”. I felt that I was responsible for everything. Me, me, me.

A marriage takes two and we both had beliefs on what a marriage should look like. When these beliefs differed, then the marriage failed. I realised this after working on myself with a Shaman.

There is no easy way to feel good about a divorce because it is a loss. I felt that loss. I grieved the loss. I started again and rebuilt my life. I travelled for some time to seek change not just geographically but within me. I released myself from the shame, the failure and did not take needed anything that I did not or could not do to save my marriage personally. I accepted that I did my best. In time and with help, I accepted that I was not the marriage.